"Exquisite and ethereal music under Blaise Plummetaz conductor's stick, for near of 200 personns under the charm.
Heavenly concert yesterday evening at the Saint Genès des Carmes Church with the great return of the harpist Agnès Clément, accompanied by the Auvergne Regional Choir."
LA MONTAGNE, 2012 February 11th

"Both of these young artists are outstanding talents. They celebrate their instruments and honor the music that they perform. So they did on Wednesday, at several points playing together but also revealing their musical gifts as soloists. [...]"
INDYSTAR.COM, 2011 November 9th Full article HERE

"Clément is just 21 but a mature musician with full mastery of her harp, that gorgeous instrument from Lyon & Healy she received as competition winner. In addition, she commands a rare sensitivity for her chosen repertoire, which on Wednesday also included Debussy's evocative "Valse Romantique" and a fancy and filigreed "Danse des Sauvages" from Jean Philippe Rameau's early 18th century opera-ballet, "Les Indes Galantes." [...]"
HERALD TIMES, 2011 November 9th Full article HERE

« After 10 days of competitive harping, 20-year-old Agnes Clement will soon go back to her home country of France with a heavy, gold harp she earned in her final performance Saturday at Indiana University's Musical Arts Center stage (....) "This is my vision, my dream", competition founder Susann MacDonald said before the event began. "In its eighth year, the competition is the highest level it's ever been". »
THE HERALD-TIMES, 2010 July 19th

" The public, very numerous (...) was impressed by the talent and the control of this young artist. In 19 years, a robust career is already outlined (...). Agnès had chosen the variety in her program, showing her open-mindedness and her capacity to interpret all the repertoires. "
Bulletin A.I.H  (International Association of Harpists and Friends of the Harp) winter 2009 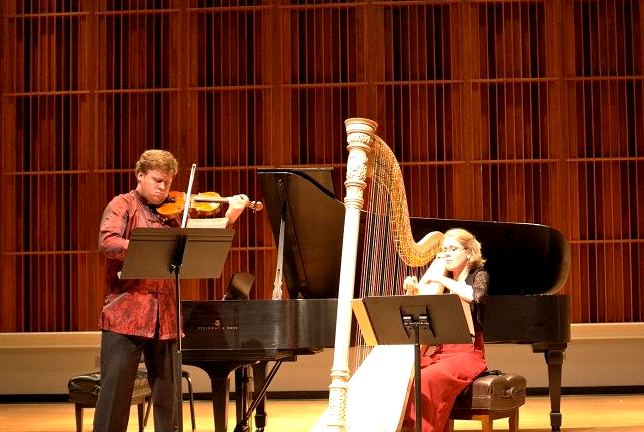 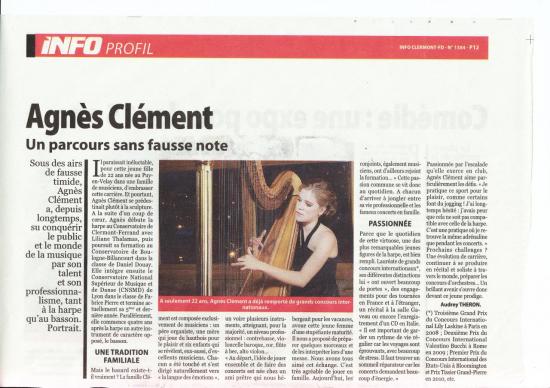 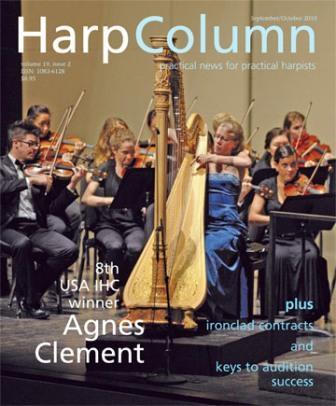 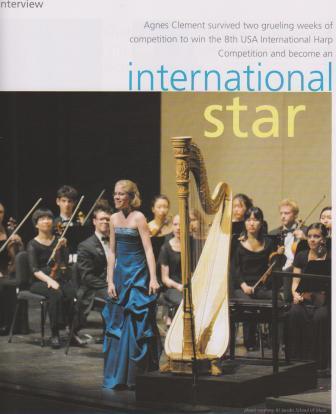 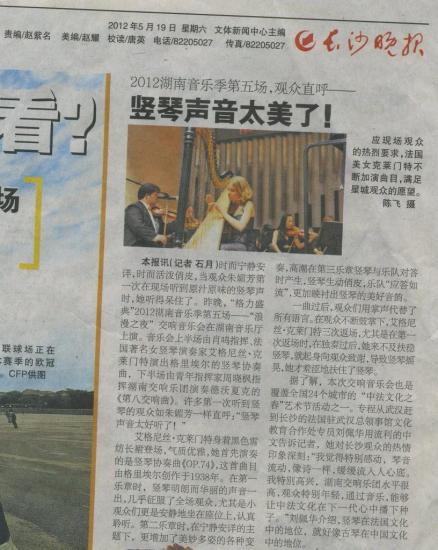 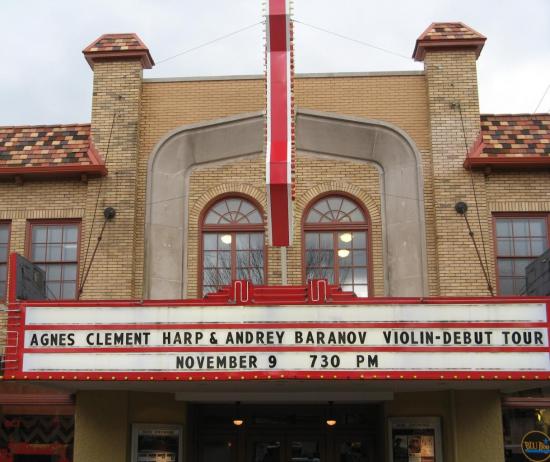 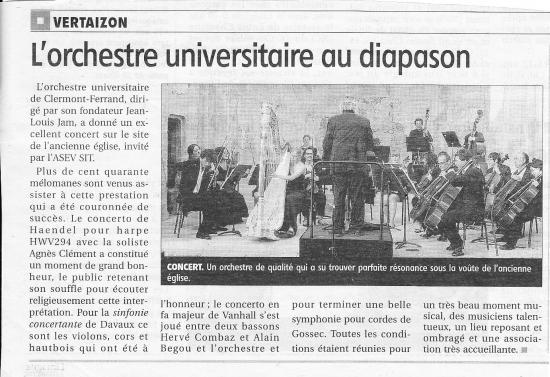 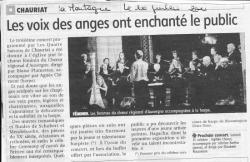 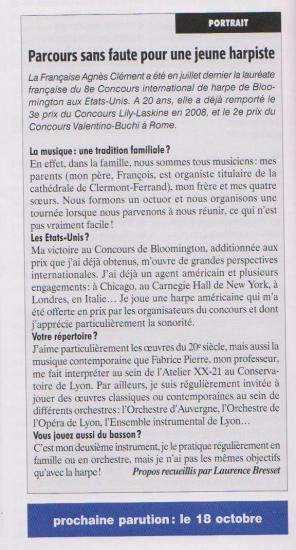 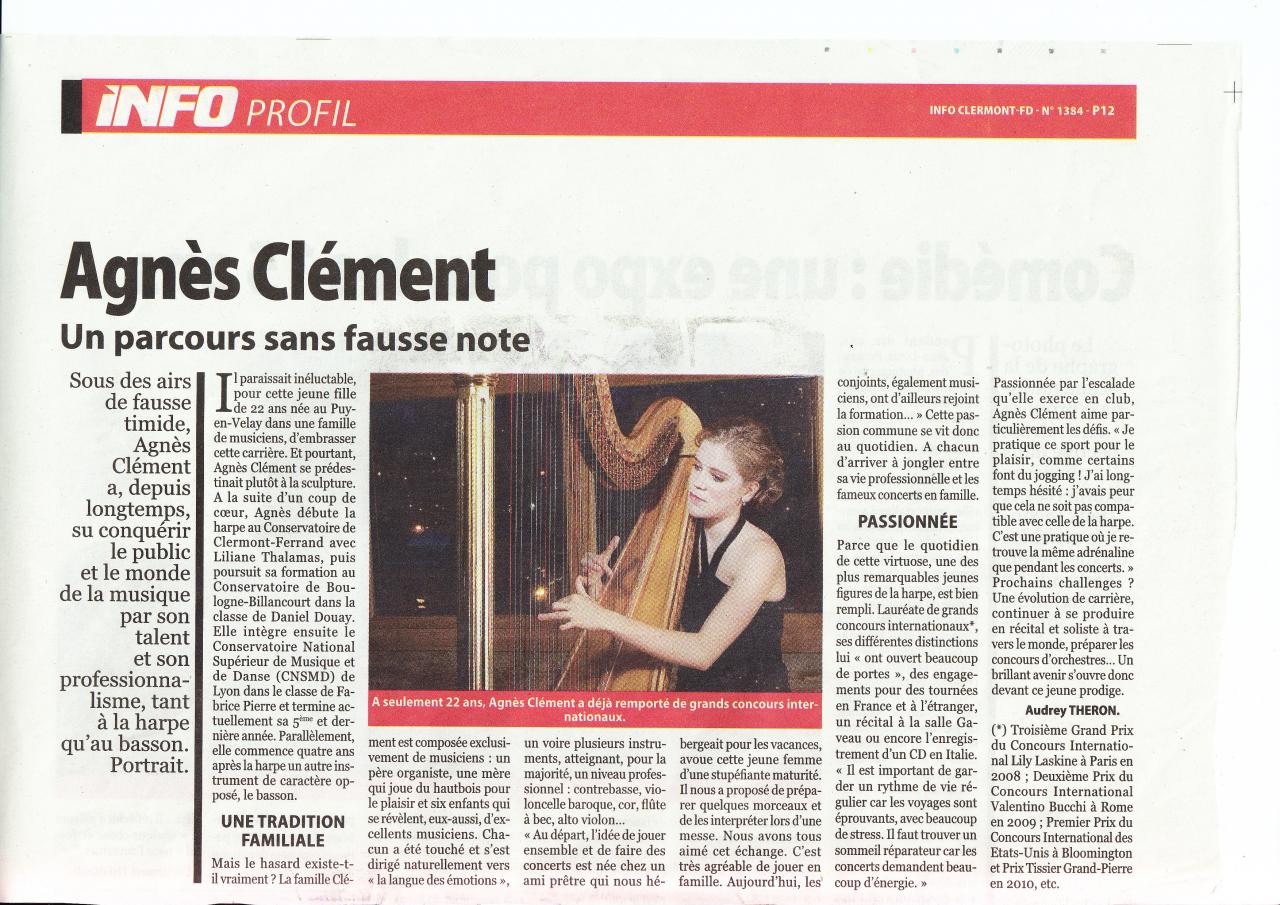 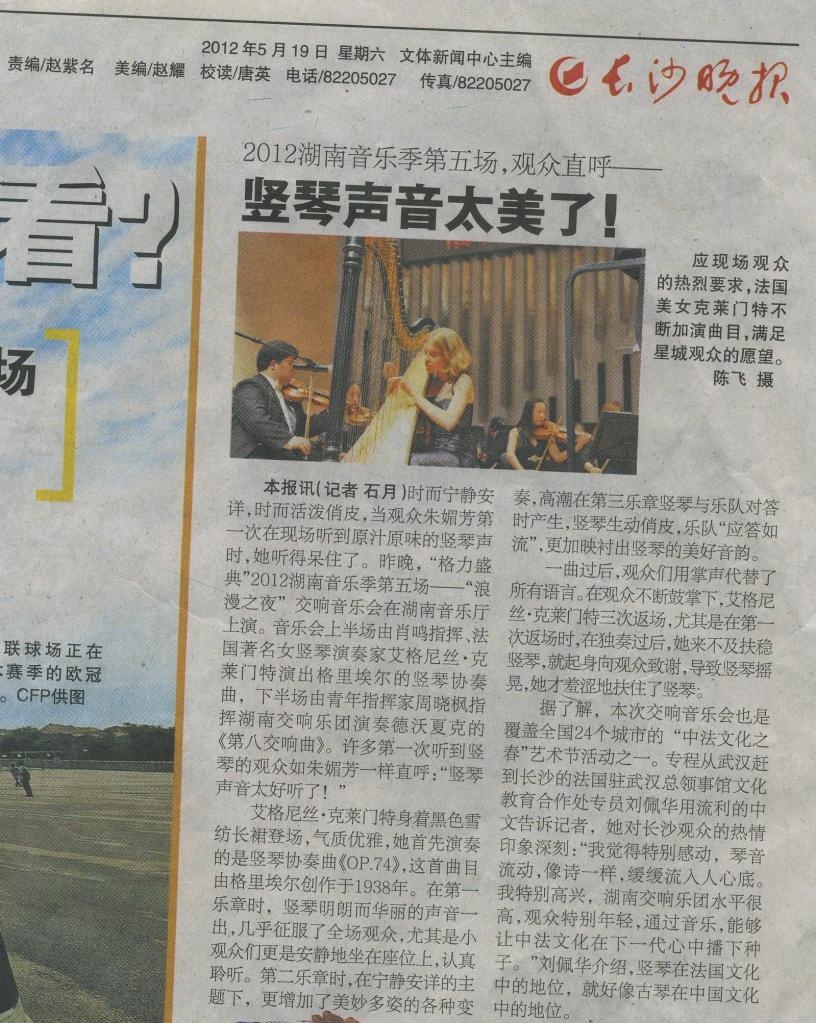 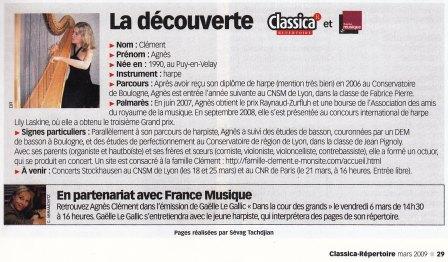 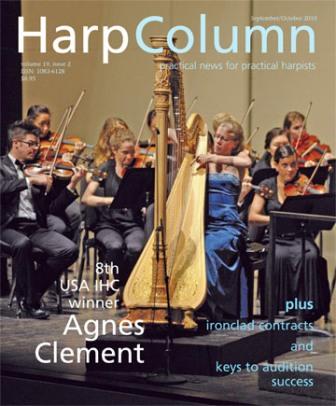 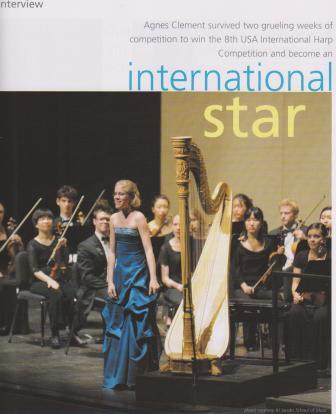 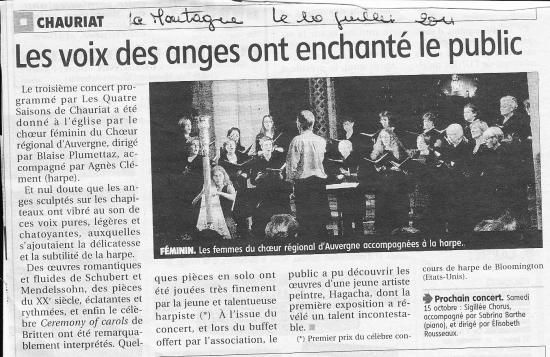 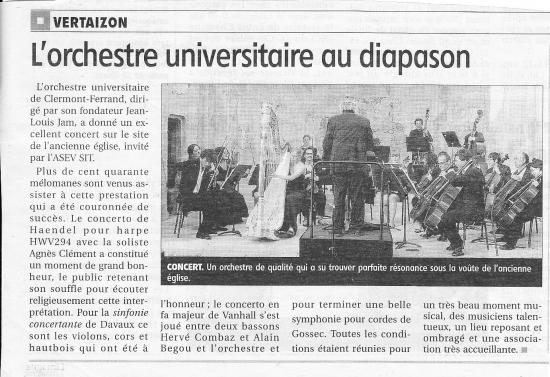